Menu
Home
Publications
The Firearm Deactivation Policies and Markets in the EU: A Threat Assessment

The Firearm Deactivation Policies and Markets in the EU: A Threat Assessment 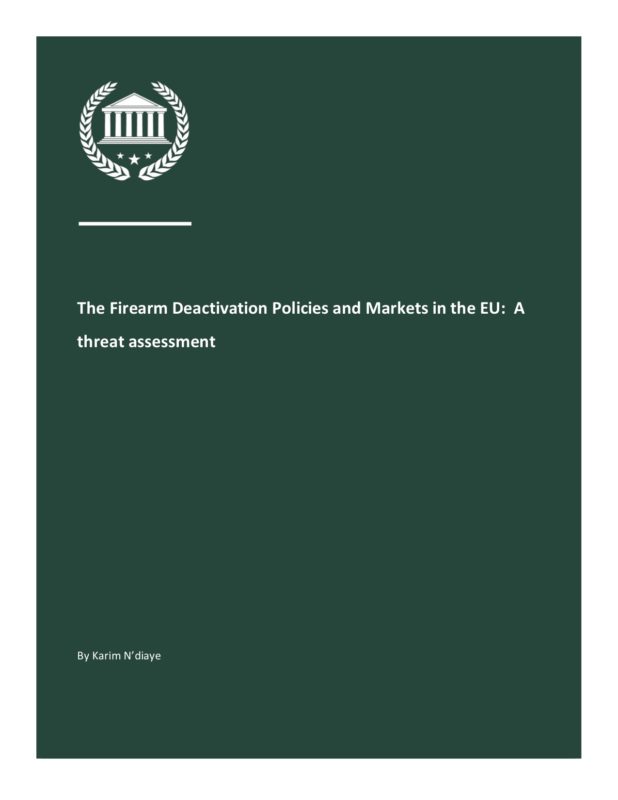 In the aftermath of the series of terrorist attacks that occurred in 2015, the European Union adopted various legislations to better regulate firearms and their deactivation. These include the Implementing Regulation (EU)2018/337 ‘establishing common guidelines on deactivation standards and techniques for ensuring that deactivated firearms are rendered irreversibly inoperable’ and, Council Directive 2017/853/EC amending 91/477/EC on ‘control of the acquisition and possession of weapons’, and Commission Implementing Directive (EU)2019/68 on establishing technical specifications for the marking of firearms and their essential components under Council Directive 91/477/EEC, more commonly known as the ‘Firearms Directive’. These legislations aimed to prevent neutralised firearms from being reactivated and diverted into illicit markets. This publication assesses its effectiveness by using the Netherlands as a case study.

On the one hand, evidence suggests that European and Dutch legislation do little to reduce the proliferation of deactivated firearms in illicit markets. Both (NL and EU) do not regulate owners or neutralised firearms traded/transferred before April 8, 2016. Moreover, in most jurisdictions, authorities erased firearms from national records upon neutralisation, causing a disruption in monitoring the possession and trade after the aforementioned date. It represents a significant threat to security as these include a wide range of easily ‘reactivable’ arms while their whereabouts are unknown.

On the other hand, arms dealers authorised to perform deactivation, collectors, as well as the labour having the technical skills to repair and reactivate firearms, could potentially feed illicit markets. As a result, this research recommends amending Annexe 1 of the Implementing Regulation (EU)2015/2403 and Article 10b of Council Directive 2017/853/EC. Furthermore, authorities should utilise destruction over deactivation while also creating forensic task forces across the EU in charge of finding firearms deactivated before April 8, 2016. This task force should look to destroy or re-deactivate the underlying firearms in respect with the common procedures, and keep a record of their owners.